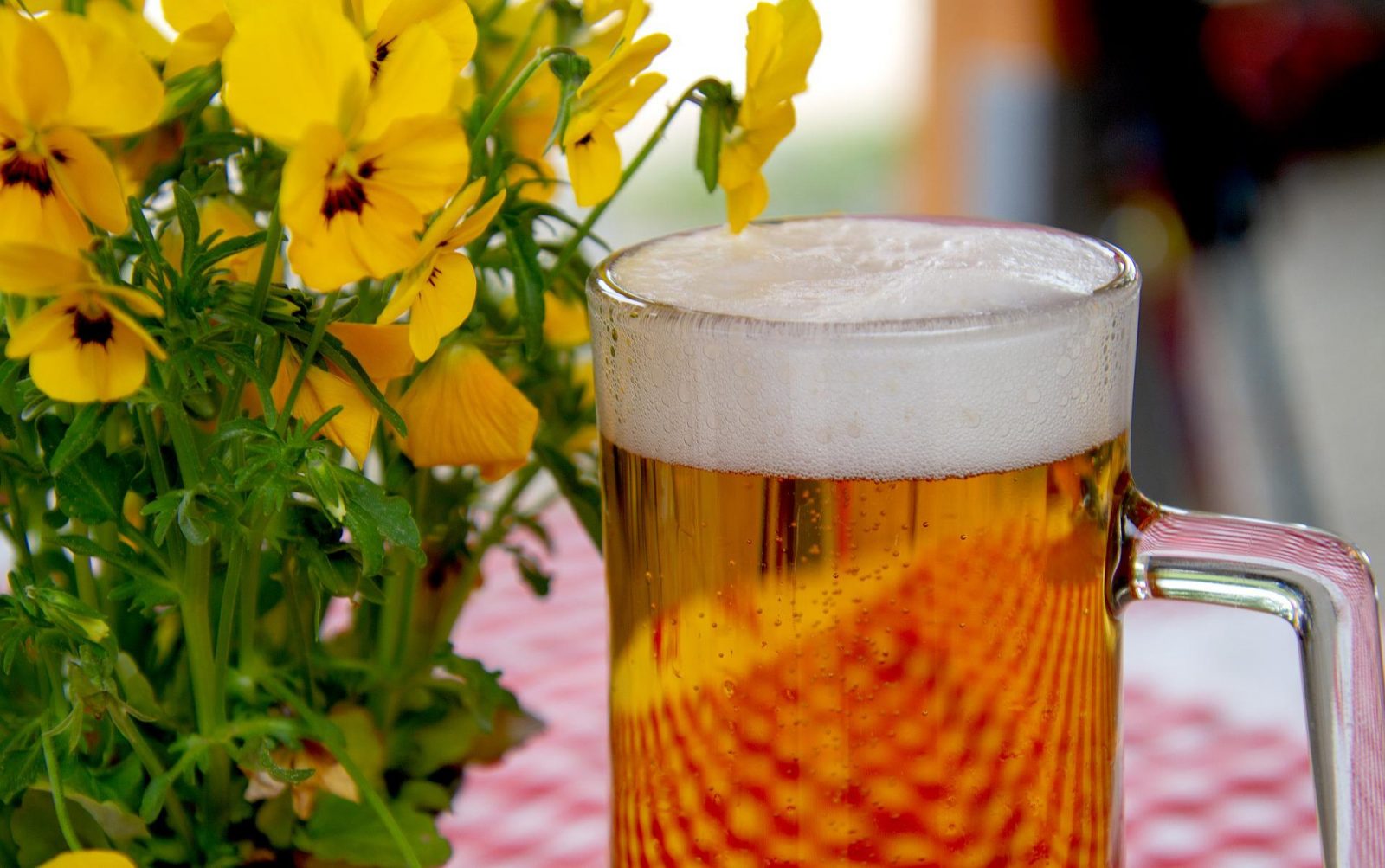 With weather predictions hitting the 70s, outdoor drinking is on people’s minds. Here’s where you can go now for outdoor drinking, and when you’ll be hitting some of your favorites from years past.

Cambridge – The South Street beer bar has a comfortable little beer garden out back and lucky for us, it’s now open.
Drury Beer Garden – Located behind Sansom Street’s Opa, the beer garden with the board games has been opened as weather permits.
Frankford Hall – Thanks to heat lamps, Frankford Hall’s outdoor area rarely closes. But it’s best on a more temperate day or night. And for the first time, Frankford Hall now offers cocktails, including some made with Schofferhofer Grapefruit Heffeweizen.

Hop Angel Brauhaus – The Fox Chase bar’s beer garden is open for the season and it’s about to get “hopping.” That’s because they’ve got four types of hops growing on the trellis there.
Independence Beer Garden – Additions this year include metal trees, a rotisserie and shuffleboard.
La Peg – The outdoor bar is in full swing. Outside next to the FringeArts building and enjoy the river, bridge and Race Street Pier views.
Marathon at 1818 Market – One of the stars of Center City Sips, the Marathon at 19th and Market has already been attracting a crowd when the weather cooperates. There are drink and food specials from 5 to 7 p.m., music till 9 p.m. and DJs and every Thursday and Friday.

Memphis Taproom – New this year, non-hot dog offerings at the food truck. Back this year, outdoor Quizzo and Phillies games projected on the wall.
Morgan’s Pier – Top Chef Nick Elmi is this year’s “chef in residence.” Most importantly, watermelon and pineapple beers will still be served.
Point Breeze Pop-Up – Point Breeze gets a beer garden to call its own. Run by the SPTR/American Sardine Bar crew, the beer garden  is open Thursday through Sunday and will feature draft beer and cider plus a rotating cast of food trucks.
Silk City – Mark Bee’s Franky Bradley’s might be getting the buzz right now, but his Spring Garden Street beer garden can be a cool oasis on a warm spring night.

Beer Gardens That Are Opening Soon

Spruce Street Harbor Park (Friday, May 22) – Bigger in just about every way, the Harbor Park will also open a month earlier.
Fergie’s Pub (Wednesday, May 20) – A surprise addition to last year’s beer garden list, “Fergie’s Beach” will run until “Fergie’s Tower” construction gets underway.
The Oval – Programming is returning to The Oval on the Benjamin Franklin Parkway for a third year. Future Sensations, a massive art installation is scheduled to kick off programming at The Oval on Saturday, May 30th. The beer garden will be open during the exhibition. Here are the beer garden hours during the exhibition:

On Thursdays, look forward to food and flicks.
Philly Beer Week at Headhouse Square (June 1st to 5th) – There will once again be a beer garden during Philly Beer Week under the Shambles at Headhouse Square. One night will feature local independent breweries while the rest of the night will feature the beers of local distributors.
PHS Pop-Up Garden: East Passyunk (Early June, 9th and Wharton) – A vacant lot across from Pat’s and Geno’s will be transformed into an urban garden by the PHS public landscape crew. Food and beverages will be provided by the team behind Los Caballitos and Royal Tavern.
PHS Pop-Up Garden: South Street (Early June, 1438 South Street) – PHS returns to the site of last year’s pop-up garden, but with a new design and “Bohemian flair.” Look for Barren Hill beers and Applegate food products from Philadelphia’s Dietz & Watson.
PHS Pop-Up Garden: 3 Logan (Early June, 18th and Cherry) – This PHS pop-up garden promises to be a “Philly beach-meets-Hamptons atmosphere.”

Pietro’s Radnor Pizzeria Birreria – The Radnor location of Pietro’s (236 North Radnor Chester Road) is opening a summer beer garden in early May. The beer list looks to be a mix of local, European and macro craft beers.